After a long and interesting season, Kenston’s Swim and Dive team ends the season with many successful finishes. Going into the season the team did not know if they would even have a season, especially with all the COVID restricts. However, the team was able to overcome all the challenges and still have strong performances. The team had a roller coaster of a season, first they were able to have preseason conditioning, but once the season was actually underway there were many cancellations of meets, students in and out of quarantine, mask wearing on a hot pool deck, social distancing, and much more. Even with all the craziness of the season, the team still fit in all their meets.

Due to COVID, in order to have all the meets possible for this season, the team had to

compete against teams they do not usually. Even though the teams were much larger,  Kenston still swam great races against the new teams. The girls won 5 out of their 8 dual meets with victories over Perry, Orange, Brush, Willoughby South, and Nordonia. Also a strong 3rd overall finish at the Western Reserve Championship. On the boys side, they had victories over Perry, Brush, and Willoughby South, and  finished 6th at the Western Reserve Championship. The team was led by coaches Kari Collier, Mindy Bradbury, and Jeanette DiBernardo. The team captains consisted of Emily Evans, Nicholas Korenowski, and Clay Foster. These people did a great job leading the team to a successful season even with all the unpredictable events that occurred or could have occurred.

Along with the divers who competed at the state level, 2 relays and 1 individual qualified on the girls swim team. The first relay to qualify was the girls 200 freestyle relay. The relay team was made up of Molly Bochenek, Cayla DiBernardo, Emily Evans, and Leilah Shafer. The other relay was the 400 freestyle relay, made up of Molly Bochenek, Calya DiBernardo, Jenny Kapcio, and Leilah Shafer. At the district meet Leilah Shafer broke the school record in 100 freestyle with a time of :53.82, qualifying her individually for the state meet. The previous record was held by Kayla Korenowski.

The team had to say a sad goodbye to several seniors this year: Emily Evans, Sarah Jaroch, Courtney Keane, Maris McKnight, and Leilah Shafer. Even though the team will miss all the talented swimmers, the team is already looking forward to what next season will bring. All are hoping next year will be back to normal, but if not, the team will still be ready to overcome and compete. Plans for pre-season conditioning are already in the works, so the team can prepare for another incredible season. Goals of more personal bests are on the swimmers mind, trying to break the many set this season. At the sectional meet alone, over 30 personal bests were set and that is not including the other personal bests set throughout the season. Overall, the 2020-2021 swim season was interesting to say the least, but memories were made that will never be forgotten. 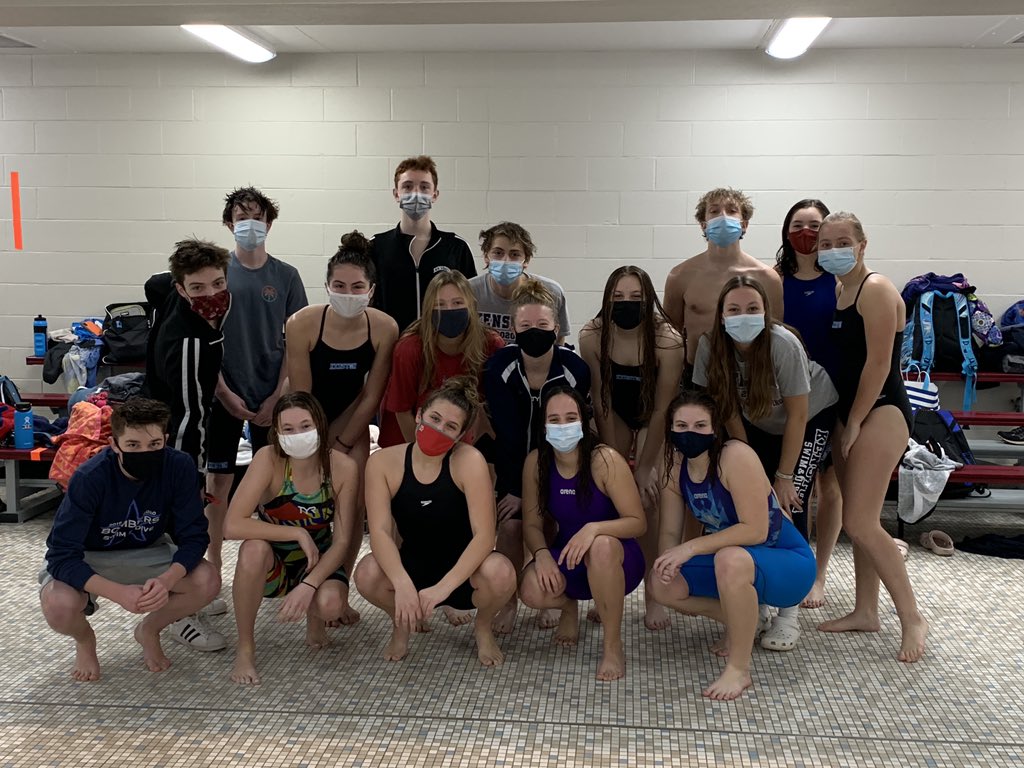